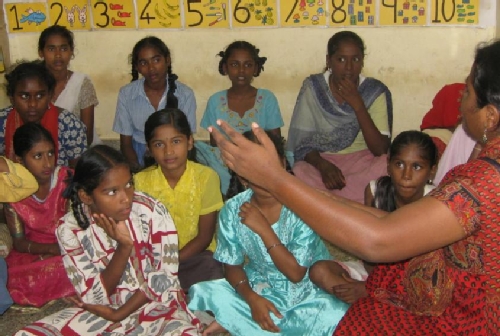 UN.GIFT works to raise awareness of human trafficking amongst youth around the world. In 2009, UN.GIFT launched in partnership with Stop the Traffik the Start Freedom prevention campaign that includes educational material for youth and schools around the world. The educational material explains what human trafficking is, including the different forms of exploitation, in particular sexual and labour exploitation. It also explains what young people can do to fight this global crime in their own communities The teaching materials are produced in all six UN languages, and Hindi and Dutch.

Visit the START FREEDOM website to get more information

In the framework of the Austrian Task Force against Human Trafficking, the Austrian Ministry for European and International Affairs and their partners developed material for school-exhibitions to educate young people on human trafficking. It explains in an age appropriate language what human trafficking is, different forms of exploitation and what everybody can do to fight this crime.